For several years now we’ve been enjoying low-interest rates under 5% but we always knew it was eventually coming for interest rates were rising. A few months ago,Federal Reserve chair Janet Yellen held a committee to get rid of thrift rates eventually by a quarter percentage point. This would go from 0% to .25%. 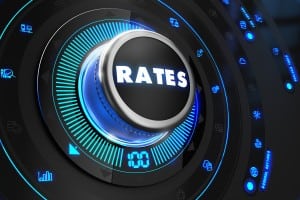 It’s one of those things that you know eventually will come but you’re not exactly sure when. If rates do rise it would be good news for our money savers and bad news for debtors. However, financial advisers are telling people not to do anything extreme just yet. Here is what you can do if you’re watching the market closely and would like to stay ahead of the game.

Consider fixing your existing mortgage rate. If you have a floating interest rate which could get more expensive over the years, it might be time to move that to a fixed rate mortgage. Your rates may initially go up but might not go up as high as they would if you had a floating or adjustable rate mortgage.

Consider paying off your debt immediately. Higher interest rates means that debt would already increase in payments could spike on home equity loans, credit card debt and other loans with variable interest rates. It would be a good idea to pay down those debts as quickly as possible.

Consider a bank that rewards deposits. As the Fed rate increases, banks should be expected to raise rates on mortgages and credit cards faster than savings rates. Large banks have a lot of deposits of a have little incentive to try to attract new money. Try to transfer money to smaller banks and online institutions that are eager to attract new deposits and new clients. However, this is not the time to buy a five-year certificate of deposit. Don’t make any large sudden moves but makes small, wise moves that put you in a better position should the Fed rate increase. [Source]

Consider buying a home now. This is really the best time to buy before rates start to rise. I don’t suspect we will see any major jumps in 2017 but they probably won’t drop. We’ve been enjoying these rates for some time now.

Get on the bandwagon and so something with that loan; either readjust, buy or consolidate. Call us today if you’re interested in learning more or would like to find out how much home you can afford. You might be surprised considering the rate. Most people can afford a larger home now than ever before.