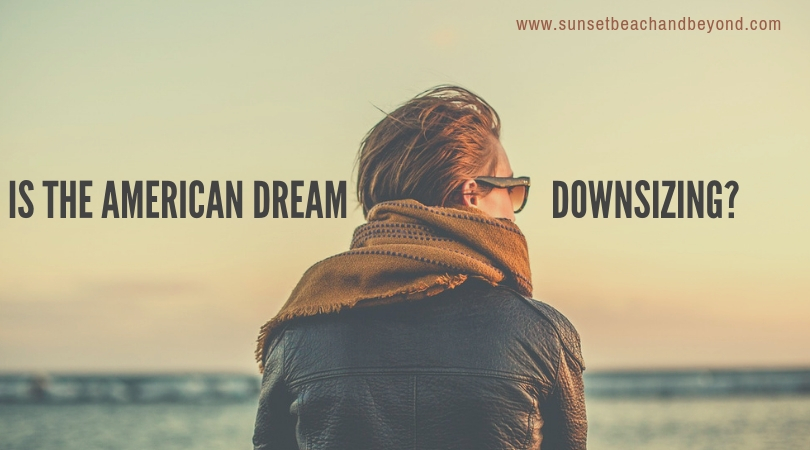 Is the American dream downsizing? Have you noticed that there are a lot of lower income housing, smaller properties, and then these large, elaborate estates? But what’s left in the middle? Many people are noticing that when they’re moving from larger cities to suburban areas, the middle class is kind of getting forgotten about. The housing market in different Metro places around the country is very different but a lot of middle-class Americans are simply getting forgotten about.

So what do you consider the American dream? An elaborate 5000 square-foot house or a small 900 square-foot condo on the beach? It seems like the homes in the middle are getting forgotten about; those 1500 to 2500 square-foot properties between $200,000 and $400,000. We see it ourselves. Homes in this price range fly off of the market because there are more people looking for this type of property than the other two.

Larger metro markets have been catering to the more affluent real estate buyers, which results in slowing sales from too few houses that moderate-income buyers can afford. Many developers are calling this the “missing middle housing”.

This is calling attention to the need for more diverse housing choices at affordable prices in markets all over the country. People are looking for walkability, homes that are not right on top of each other, and properties that may even include duplexes, courtyard apartments, bungalows, and multiplexes.

According to the National Association of Home Builders, more developers are beginning to cater to buyers in the middle, which is a great start, but nowhere near where it’s currently needed. Their data shows that new houses sell for the third straight year 2018 where median square footage on a single-family house decreased from 2500 ft.² to 2300 ft.². Entry-level buyers are still looking for homes under 2000 ft.² so having some options for them, rather than the crazy “unicorn” housing that’s almost impossible to find is really where builders need to focus. Price growth has been the fastest due to lack of inventory in these markets. Younger buyers and millennial’s are trying to find entry-level housing and there’s just not a lot out there.

So what type of impact will this have for the economy as a whole?

As we all assumed, builders are now making up for lost time rather than reacting to a market that may have turned. Although this new “missing middle” means more zoning, it also means that buyers may be shying away from the term “density”. Nobody likes to live in a close-knit, dense neighborhood where you’re practically on top of the person next to you. Things like multi-family and multiplex may seem scary to people looking to buy their first home, but if more builders can focus on what starter buyers really want, they can create neighborhoods that appeal to not only first-time homebuyers but multiple return buyers year after year. Many of these housing markets cater to families even though a single person household makes of about 30% of the market.

Like I just said, zoning and municipal codes require a minimum lot or house sizes, so even if the builder wants to create homes that have more demand, zoning laws may prevent it. City and town management require affordable housing but they also want large lot programs, finding a balance is practically impossible. Smaller homes tend to sell for less so building them at a profit is another challenge that developers have been struggling with.

Buyers usually want the largest home they can buy. Not many people will turn away a large house if they can afford it, but the key is “affordability”. Can they actually afford these types of homes? We recommend building equity on a starter home and then moving up in the next 5 to 8 years. This seems to be one of the best options for the choices that are out there.

If you’d like to get in the zone and start saving for a down payment there are some easy ways to cut your monthly bills. 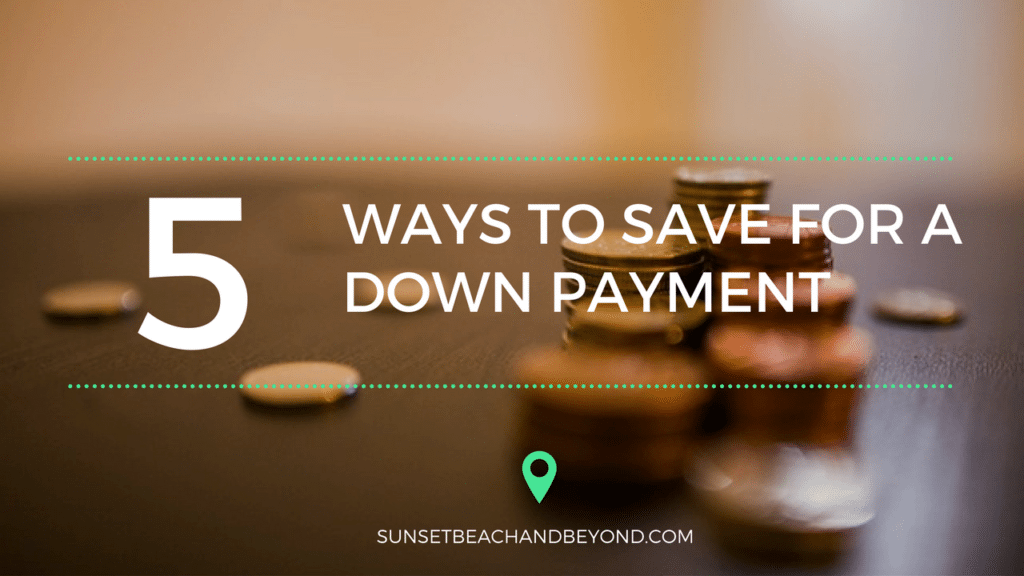 Too many credit cards can affect your credit score and if they are all maxed, it can negatively affect your interest rate. If you have a balance on a credit card with a high-interest rate you could dramatically decrease the minimum payment each month by taking advantage of the 0% balance transfer offer on a new credit card. However, remember, every time you apply for credit it could negatively affect your credit history and your score so choose carefully and speak to your lender on the best way to go about doing this. You’ll need a credit score of at least 680 to qualify for balance transfer offers.

You may have already done this but like a lot of people nowadays, the cell phone is the only communication you’ll need. You may be spending as high as $50 a month just to have a landline, which you hardly ever use. Today, many security systems, medical devices and the Internet can be routed through a cell phone or a wireless system. Talk to your provider about options.

#3. Decrease the amount you pay for television.

Today, there are so many different options for TV including Hulu,  less than $15 per month, Netflix, Vudu, Amazon and other options that allow you to watch your favorite shows without paying a large monthly fee for cable or dish TV. Figure out the shows that you watch and if they are available on a cheaper network.

#4.  Lower your electricity bill with a programmable thermostat.

You can reduce your bill by getting a programmable thermostat that automatically adjusts the temperature in your house when you’re away. This can actually save up to $200 a year. You can also unplug energy suckers such as cable TVs, DVD players, coffee makers and microwave ovens when not in use.

#5. Stop overpaying on your taxes.

If you got a large tax return it means that you’re letting the government withhold too much from your paycheck every month. Even though it’s nice to get that check every spring, you have more spending money each month if you adjusted your tax withholding so that you’re not overpaying the IRS. Speak to your tax advisor about the best way to claim dependence on your W-2.

These are just some simple ways you can save on your monthly bills in order to put that money aside towards a down payment. If you have more questions or you would like additional tips, feel free to give me a call at any time and let’s talk about your options and your current financial situation.